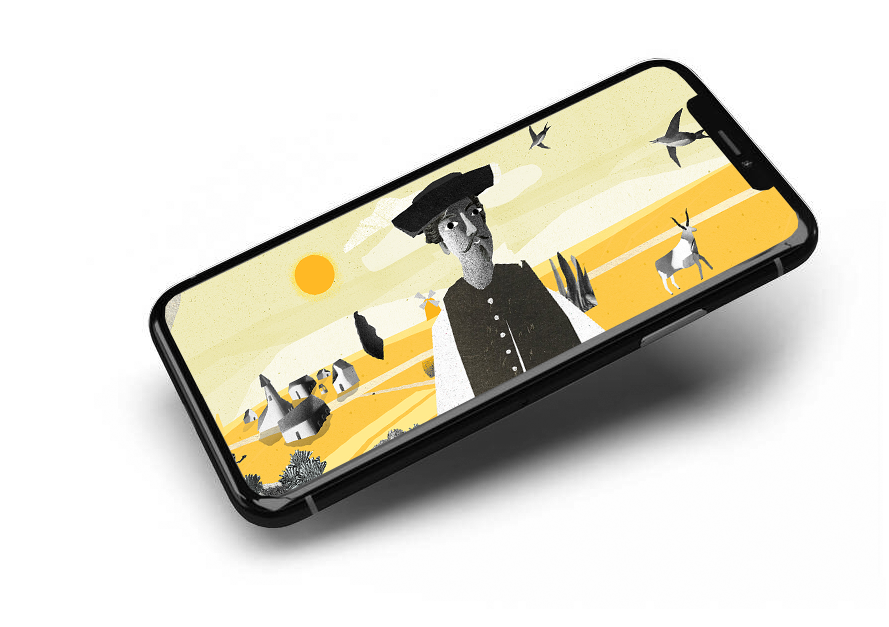 Petőfi Literary Museum tasked us to — working closely with artists, writers and designers from Moholy-Nagy University of Art and Design Budapest — develop an entertaining mobile game for iOS and Android phones and tablets.

We iterated through the script and design with the multidisciplinary team composed of museum educators, designers and researchers from MOME and tested multiple prototypes of interaction and storytelling. The creators used Unity as a game engine and a selection of software packages for content creation and preparation. The size, speed, stability and responsiveness of the app has been greatly optimized for older devices.

Our client, Petőfi Literary Museum, is extremely satisfied with the final product and they are further developing ways to include it into their museum pedagogy practice as well as in curricula. The game will serve as an additional experiential element in educational practice and can provide novel experience for the teenagers to re-interpret the world of poems. The game also offers a new way of literary adaptation into interactive visual novels or mobile games. The co-design method will be later also adapted on other interactive digital storytelling creation processes.

Please, provide us a brief description of what you already have and what you are trying to achieve.

We'll get back to you in 72 hours to address your needs as quickly as possible.

We'll get back to you in 72 hours to address your needs as quickly as possible.